skip to main | skip to sidebar

I took a few rolls of film to Dungeness in March.
If you haven't been there, it's an interesting place, lots of small huts, a couple of lighthouses, a couple of pubs and a couple of nuclear power stations.
And lots of old, disused fishing boats.
With all the fishing detritus and boats, the setting has a rather melancholic air of faded industry to it.
The photos I'm showing here are hosted on 500px.

Not dead but sleeping by Peter Meade

Rope by Peter Meade
The natural end to the story.

Photos on the South Bank

I've just had some films processed from a day in London. I've had to spend time on Photoshop to get round the less than helpful processing. So to celebrate getting something usable out of 7 rolls of film, I've put together some photos of a wander down the South Bank in the sun.
I started off at Westminster Bridge, I didn't take any film shots of the London Eye, I think they would be difficult to distinguish from every one else's photos. I expect my shot of Hungerford Bridge is too. But I've been to some good pubs in Hungerford.

I'm not sure if the books were from the National Theatre bookshop or not. They didn't seem to have anyone looking after them and not many people were looking at them.

I'd seen some nice shots looking towards the City from the South Bank and tried to get one for myself. This one isn't great, but it's something to improve on.

The police seemed to be spending some time deciding what to do with the man on the beach, but in the end left it to the tide to see him off.

It was a great day, but no one seemed to be interested in food, perhaps these aren't the top places to be seen.

I carried on down to the Millennium Bridge and spent some time in the Tate, where I liked the escalators. I'll be going back.

After leaving the Tate, I headed back towards Westminster and spotted the sax player, one of the few people out entertaining who didn't shake a hat at you if you pulled out a camera.

I went on from there along the Thames to get a shot of Battersea Power Station.

Photography on the River Thames

I spent the morning of 11th February taking photos along the Thames in Maidenhead and Bray.
I wanted to take some photos of the reflections under the motorway bridge at Bray.
From there, I worked my way back up to Boulter's Lock, the start of Cliveden Reach. 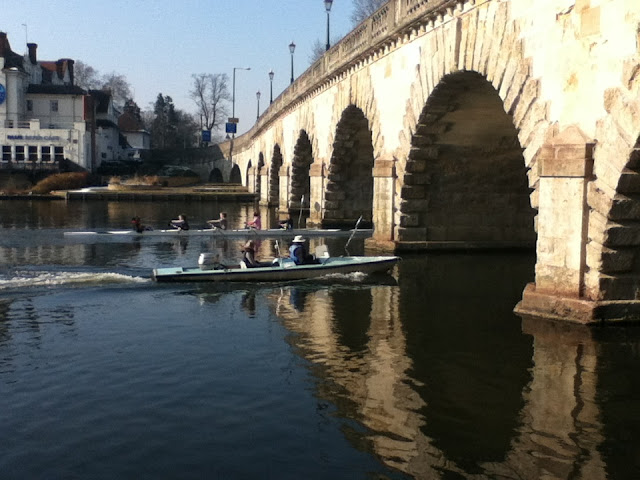 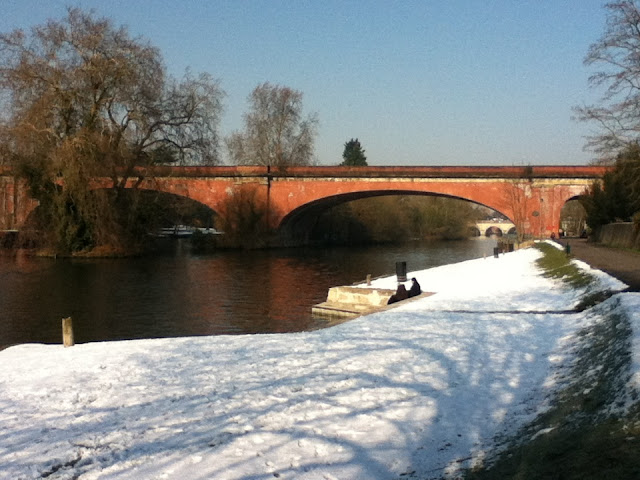 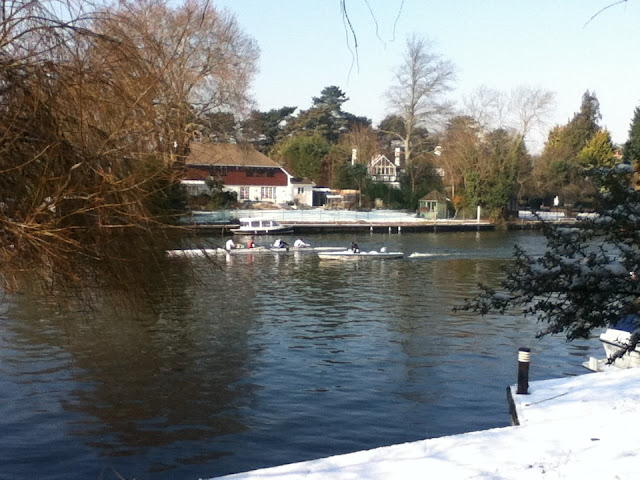 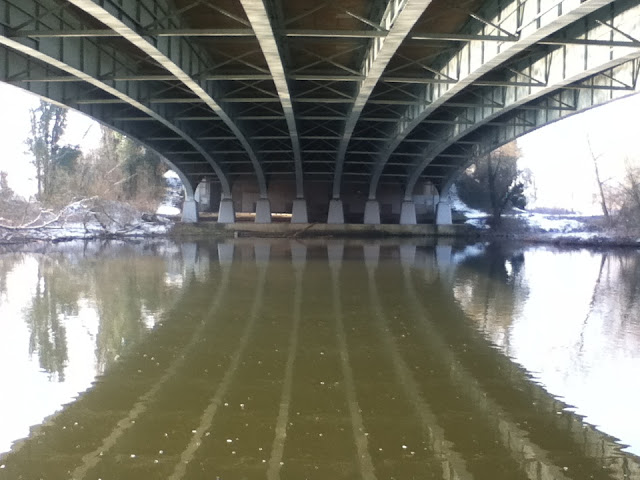 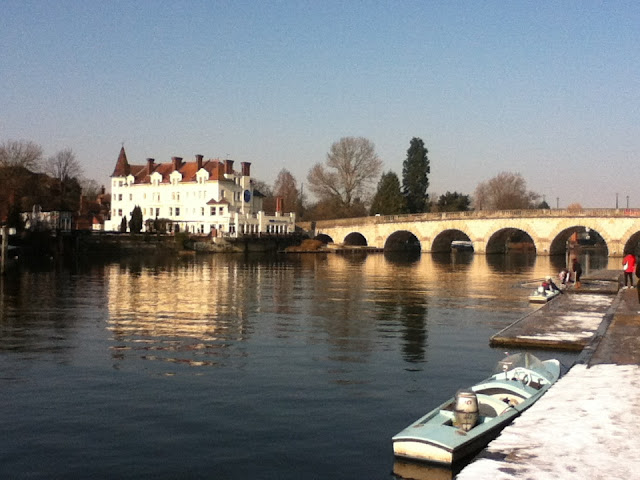 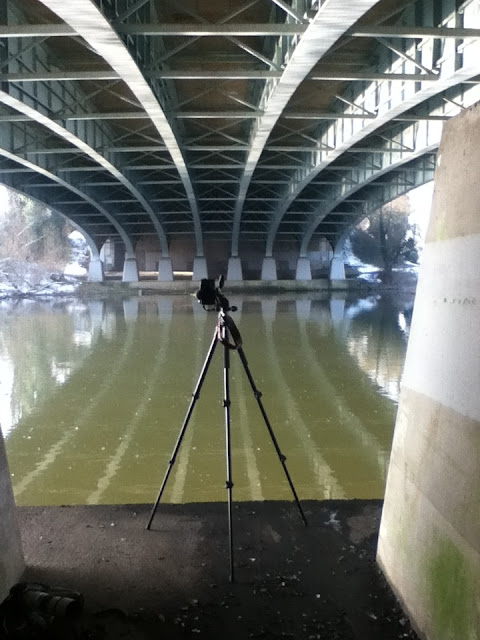 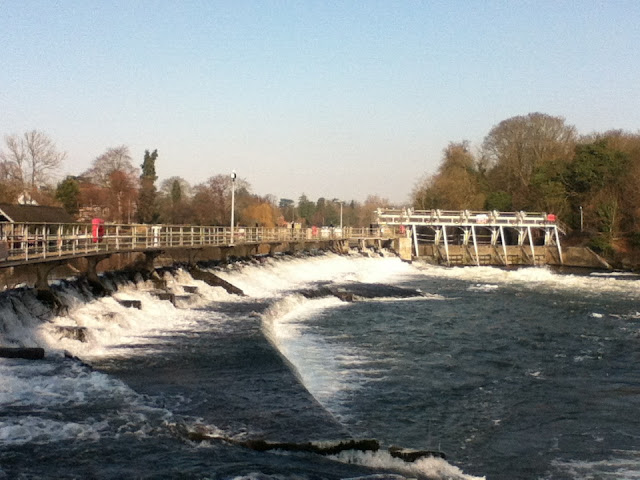 My most "stolen" photo?

For a more up to date version of this blog, have a look at my web site.
I'm in the process of trying to get yet another copy of one of my photos deleted and thought it might deserve a blog of some sort.
It's all about copyright infringements.
As a photographer who spends a lot of time around horses, I get to see lots of interesting horse behaviour and arguably, one of the most visually interesting behaviours is the Flehmen response, in which a horse will curl back its lips to get better access to an interesting scent. I've photographed this response on a number of occasions and in April 2009 I managed to get this shot.

After that, it went viral.

I did a Google image search for the image with text.

The results were alarming : -

I'm still trying to get these people to take down my photo.
http://www.hollywood.com/news/Celebrities_And_Their_Animal_Doppelgangers/7769165
The site doesn't answer emails or tweets sent to @Hollywood_com and I tried the writer of the page, @ericsundy, but to no avail.


Postscript
The Hollywood.com page has been removed after being highlighted on Sites that steal - http://www.facebook.com/sitesthatsteal
If you are ever tempted to "lift" a photo, please don't.
Postscript
I found a few versions of my shot on Flickr and asked the people involved to remove them. In one case I had a short email exchange with the person showing the image, who very nicely agreed to remove the image but replaced it with the one shown here
http://www.flickr.com/photos/62205682@N04/6788127097/
It now seems that people trying to protect their copyright in the wrong.
However, the comment made below is from that person and is a well reasoned response, and worth reading. It's the other side of the copyright argument.

I had a fun day at White Waltham shooting the flying last weekend, including the spot landing competition and the flying exhibition.
It was also interesting to see some of the local red kites in the flight path too. 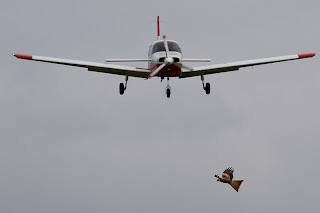 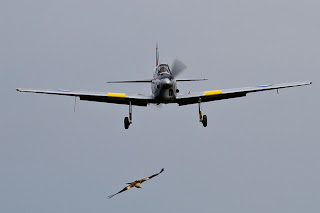 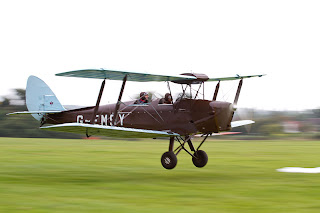 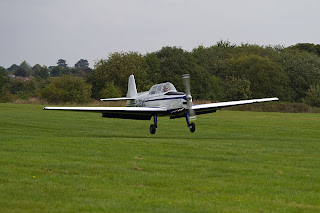 All photographs copyright Peter Meade 2011
Posted by Unknown at 16:44